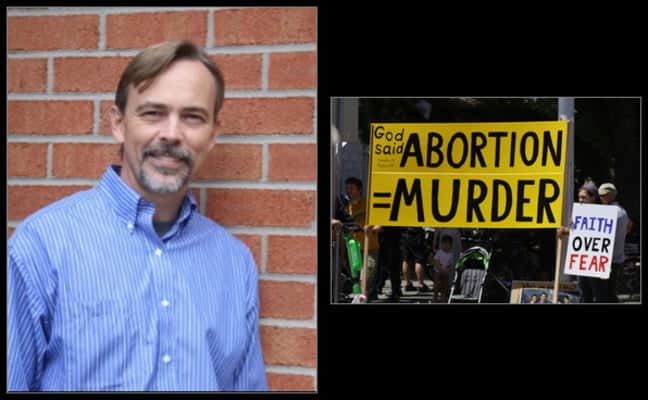 On July 12th, Pastor Harden appeared on Crosstalk and gave details concerning how his pregnancy care facility was victimized on June 7th by Jane’s Revenge, a domestic terrorist group.

Basically, the overturning of Roe set off a pro-abortion crime wave, the first being the firebombing of a Madison, WI. pro-life organization.  Jane’s Revenge took responsibility and gave pro-life pregnancy centers 30 days to shut down or face the consequences of continued violence.

After 30 days, the Buffalo, N.Y., CompassCare facility was attacked with multiple incendiary devices resulting in the need to be gutted and rebuilt.  Jane’s Revenge graffiti was painted on the side of the building.  A couple of days later Jane’s Revenge released another communique taking responsibility for the firebombing while also communicating that if CompassCare didn’t shut down, things wouldn’t be so easily cleaned up as fire and graffiti.  In other words, they were giving a murder threat.

Undaunted, CompassCare continued to help women in the moment of their crisis and 52 days later, their facility was back up and running.

Planned Parenthood had a site in Kalamazoo, Michigan, that was attacked at the end of July.  Within 4 days there was a multi-agency response in which a suspect was found and arrested.  Contrast this with the following:

The abortion battle is far from over.  The facts surrounding the CompassCare case prove the point and you can hear more when you review this edition of Crosstalk.