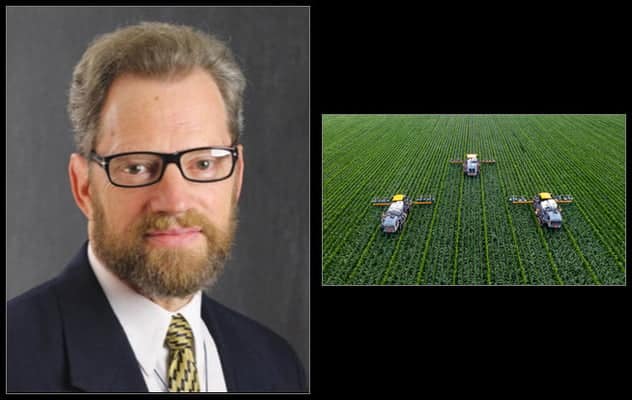 Crosstalk often deals with many “wars” including those on the family, life, conservatives, education, morality, and even the war on God.

The war this Crosstalk dealt with is actually a war on the entire world.  Why?  If you control the food supply, you control the population, hence the title of this program: The War on the Farmer.

William F. Jasper is senior editor at The New American Magazine.  He’s an author, journalist and commentator as well as a top investigative reporter and documentary producer. For more than three decades he served as an accredited correspondent at the United Nations in New York and U.N. Summits around the world.

Some say this war on the farmer is really not that at all but is a symptom of Russia’s war on Ukraine.  Others believe it’s due to the COVID pandemic and global supply chain issues.

So who or what does William feel is responsible for this war and is perhaps fostering it?  He believes it’s the result of policies made by politicians and supported by various institutions like the World Economic Forum, the Council on Foreign Relations and their various “think tank” allies.  They have been planning and have already implemented policies that will wipe out many farmers both in the U.S. and around the world.

More specifically, William cited escalating protests in Holland by farmers with tractors blocking streets and manure being dumped on streets as well.  The reason for this is that the government, led by Prime Minister Mark Rutte (one of the “darlings” of the World Economic Forum) was implementing one of the most stringent, U.N./W.E.C. supported clampdowns on farmers.  This was said to be due to nitrogen oxide in fertilizers and the flatulence of cows which would supposedly cause an environmental crisis.

This led the government of Holland to place strict fertilizer and emission controls on dairy and beef farmers while also admitting that this would probably wipe out about 11,500 farms and that 17,000 additional farms would probably be severely curtailed.  Keep in mind that this would be happening to Holland, one of the leading exporters of food, not only to Europe, but also to the rest of the world.

Holland is the test case, but so much is happening around the world in places like South Africa, China, Brazil, Sri Lanka, and Canada.  Their stories show that this agenda is being attempted in both advanced as well as developing nations with disastrous results.