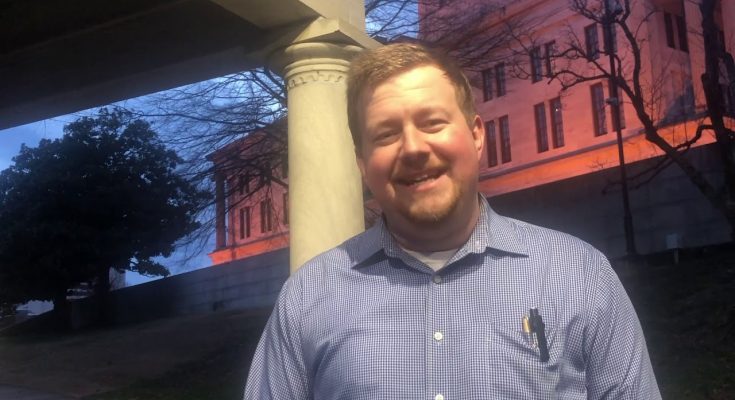 The K in James K Polk stands for Knox. His mother was Jane Knox, a direct descendant of John Knox, the Scottish preacher who faced off against Bloody Queen Mary.

His mother, it is said, held to four things: the Bible, the Confession of Faith, the Psalms, and Isaac Watts’ Hymns.

His father on the other hand, scoffed at religion. He wanted carved on his tombstone:

Here lies the dust of old E.P. on instance of mortality

Pennsylvania born Carolina bred, In Tennessee died on his bed.

His youthful days he spent in pleasure, His latter days in gathering treasure

From superstition liv’d quite free, and practised strict morality…

To holy cheats was never willing To give one solitary shilling

First fruits and tenths are odious things And so are Bishops, Tithes, and Kings

James K Polk had two strong forces – one pulling him towards God and one pulling Him away. In 1833, James Polk was running for Congress and heard a crowd was gathering at the Campground near Columbia, Tennessee. Politicians and crowds are like moths to a flame, so Polk went! Evangelist John McFerrin was preaching. Polk was impacted – but McFerrin reports that “he went away from the camp-ground a convicted sinner, if not a converted man.”

Polk was re-elected to congress, he was hard-working, dedicated to politics, and ambitious. But not saved as best as we can tell, unlike his wife.

Later as Governor of Tennessee, Polk “used to hold many arguments with” McFerrin “and that he had promised him that when he did embrace Christianity, [McFerrin]… should baptize him.”

The 11th President of the United States

James Polk went on to be president, the ambitious lawyer was the youngest president America had ever had to that point. Many regard him as one of the most powerful – he stopped a potential war with Britain and started a war with Mexico. He annexed Texas and acquired California when the war with Mexico ended. While president he kept a diary, and while he attended church regularly with his wife, he never commented on the service. Except for one day, in which he made some surprising comments on the presidency.

Sunday, November 2nd, 1845. The day of his fiftieth birthday. This is from his very own diary:

“Attended the Methodist Church (called the Foundery Church) to-day, in company with my private secretary, J. Knox Walker. It was an inclement day, there being rain from an early hour in the morning, and Mrs. Polk and the ladies of my household did not attend church to-day. Mrs. Polk being a member of the Presbyterian Church, I generally attend that church with her, though my opinions and predilections are in favor of the Methodist Church. This was my birthday, being fifty years old. The text was from the Acts of the Apostles, chap. 17, verse 31: ‘Because He hath appointed a day, in the which He will judge the world in righteousness by that man whom He hath ordained.’ It was communion day, and the sermon was solemn and forcible. It awakened the reflection that I had lived fifty years, and that before fifty years more would expire I would be sleeping with the generations which have gone before me. I thought of the vanity of this world’s honors, how little they would profit me half a century hence, and that it was time for me to be “putting my house in order.”

Did you catch this? The president of the United States – thinking of the vanity of this world’s honors, and how little they would profit him in fifty years!

Yet nothing is written of what he did to put his house in order. For the next 4 years of his presidency, he records many church services that he went to, but no commentary on any of them.

Finally, 1849 came, and his one term as president came to an end. Acquaintances (he didn’t have too many friends) noticed that the presidency aged him incredibly. He would be dead in just three months.

Shortly before he died, he called for another pastor.

“Sir, if I had suspected twenty years ago that I should come to my death-bed unprepared, it would have made me a wretched man; yet I am about to die and have not made preparation. Tell me, sir, can there be any ground for a man thus situated to hope?”

The minister talked with him of the gospel, President Polk was quite familiar with the Bible, but probably just on a head-basis, not a heart-basis. Unfortunately, the illness took over and Polk was unable to continue talking with the minister.

The next day, Polk in a moment of clarity, remembered his conversation with the Evangelist McFerrin, and summoned him – finally ready to get his life in order.

James K Polk is a story of an ambitious politician – who as best as we can tell, kept pushing off his relationship with the Lord, until it was almost too late.

The sermon he heard while president that almost drove him to give his life to Christ was from Acts 17:31. The previous verse tells us God “now commandeth all men every where to repent.” Don’t wait until its too late!

For more information on James Polk, check out:

Hereby know we that we dwell in him, and he in us, because he hath given us of his Spirit.
1 John 4:13