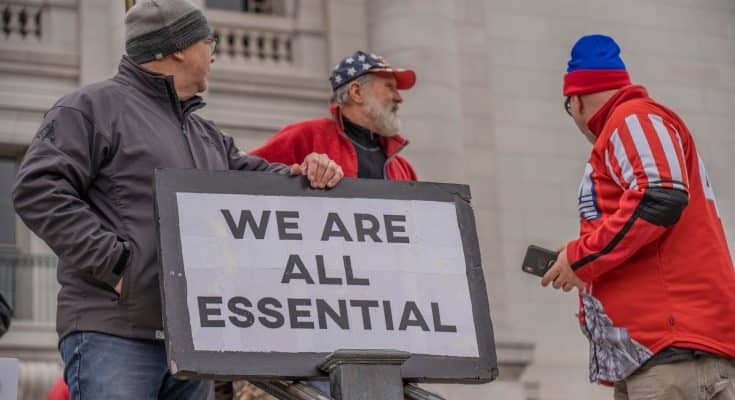 Over a thousand Wisconsinites and residents of neighboring states came to the western steps of the Wisconsin State Capitol on Friday, April 24th, for an “Open Wisconsin Now” rally. The rally was organized by Madison Elmer, and featuring speakers including a doctor, pastors, and small business owners.

Many homemade signs were brought, including “My Brother Has Cancer, Let the Doctors Work,” “Reopen Wisconsin Now,” and “We Are All Essential.” Dozens of American flags and Gadsen flags were waved by the crowd, and horns were continually honked by drivers participating in “Operation Gridlock” who circled the Capitol. Many of the drivers caravaned from Delafield, as part of a Facebook-organized protest. 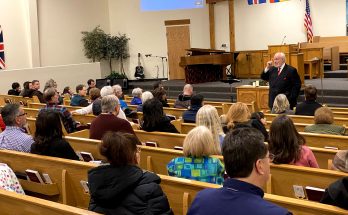 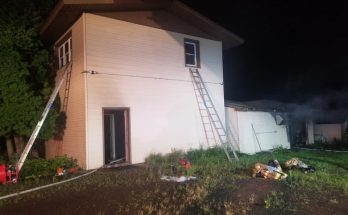