1 Chronicles 15:2 – David realizes his sin that caused the death of Uzzah (see yesterday’s notes on 1 Chronicles 13:10), and gathers over 800 Levites to carry the Ark. Notice also that he recognizes the eternal mandate of the Levites to minister. Now that the Exiles have returned to the land, the Chronicler is reminding them that the deeds of David hundreds of years ago are as relevant today as they were then.

1 Chronicles 15:29 – What was David’s dancing and why did it bother Michal? From the Pulpit Commentary:

The word in both of those verses that represents the dancing, does correctly so represent, bet is a somewhat generic form, as it carries the idea of dancing in a circle. The reason of Michal “despising David in her heart” can only be found in the unreason and the irreligion of that heart itself. She was a type of not a few, who despise devotion, enthusiasm, and above all practical liberality and generosity, on the part of any individual of their own family, when these are shown to Christ and his Church, and when they think they may be a trifle the poorer for it, or when they feel that the liberality and devotion of another exposes their own “poverty” in both these respects.

15 Be ye mindful always of his covenant; the word which he commanded to a thousand generations;

8He hath remembered his covenant for ever, the word which he commanded to a thousand generations.

In Psalm 105:8 as edited for the purposes of continual praise, they are reflecting on his effectively eternal covenant, whereas the Chronicler is emphasizing that in David’s first use of the Psalm, David is reminding the people to be mindful of this covenant. Similar to God’s gift of salvation, we have been given it, but we must also be mindful of it to work out our own salvation (Philippians 2:12).

1 Chronicles 16:26 – The Chronicler is emphasizing parts of Israel’s history that are important for the post-Exilic people to know – all gods are idols, but the LORD of Israel is greater because He is the Creator. It is His power as Creator that gives Him the authority over us.

Romans 1:18 – The false teaching today is that love is God. While God is love (1 John 4:8), God is wrathful in both the Old Testament and the New Testament. Who are these people that He is angry at? Keep reading.

Romans 1:21-22 – I’m writing today’s piece from Canada, where the largest Protestant denomination is debating allowing atheist ministers. This followed the election of a practicing homosexual who is married to another homosexual, ordained minister , as Moderator (head of the church). Paul said this is the result of bad theology (Romans 1:26-27).

Romans 1:29 – Speaking of fruits of bad theology, the United Church of Canada has opened the doors to accepting fornication since 1965 (p.226), and abortion in 1971 (p.227). Now they are struggling with whether or not to ordain atheists ministers. As Paul goes on to expound in Romans 6:23 – these sins will result in death, and yet there are those who not only do this, but approve of this in their formal church documents.

Psalm 10:11 – The United Church of Christ (US-based) published a devotional that says:

Atheists are wrong, but they could be on to something. Maybe God is gone. Absent. Absence is not the same thing as non-existence. When someone you love dies, you encounter the presence of their absence.

This is the same thinking as what David was struggling with – those who believe God is hiding and will not see what is going on. But David realizes that God has seen (Psalm 10:14), and will requite it, and will help!

Proverbs 19:6-7 – Solomon notices the problem that James will address a thousand years later in James 2:4 – partiality is the tendency of man. Though it is natural, it is still sin (James 2:9). 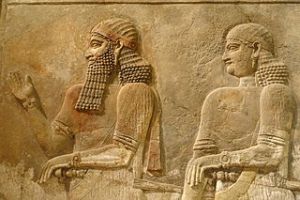 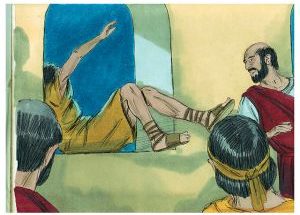 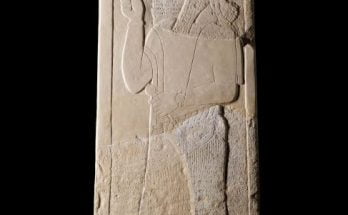