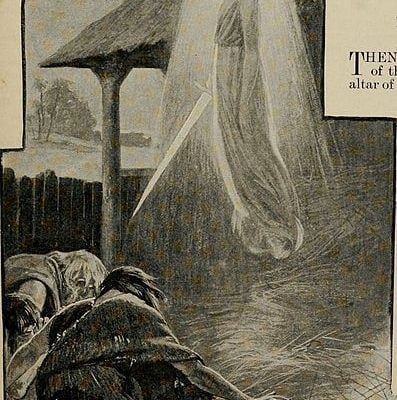 1 Chronicles 20:1 – Did the phrase “at the time that kings go out to battle” jump out at you? That was the warning phrase that something bad happened in 2 Samuel, the David and Bathsheba incident. 2 Samuel 11:1 matches 1 Chronicles 20:1, but 1 Chronicles 20:2 jumps ahead to 2 Samuel 12:30. Why is David “whitewashed” by the Chronicler? From Dr. Mark Shipp:

Related to this program of restoration is the idealizing of two of Israel’s leaders, David and Solomon, and also the idealizing of temple worship and organization based in their initiatives. Unlike Samuel and Kings, which show Israel’s rulers “warts and all,” David and especially Solomon are depicted almost without flaws. I think the reason for this depiction, and the reason they begin the book (after a series of genealogies), is because they are the examples of true and righteous kingship and examples of what it means to “seek the Lord.” If Israel will be restored in the post-exilic age it will be because they seek the Lord in worship, devotion, and faithfulness as David and Solomon did.

…I think the main importance of Chronicles for us is that the author of Chronicles held out the belief that God was not done with the covenant with David yet. The author was the flag-bearer for messianism in the post-exilic age, that is, that God would one day restore a son of David to the throne. Christians know who that son of David was, and they know what righteous kingship looks like. Part of the reason for the expectation of a Messiah in the New Testament era is because the author of Chronicles “paved the way” by focusing on God’s faithfulness to his promises to David and by his call to Judeans in the post-exilic era to seek the Lord. We would do well to pay attention to those themes today.

Pastor James W Knox gives a better answer in my opinion. As Psalm 103:12 states, David’s sins were forgiven. God remembered them no more!

1 Chronicles 21:7 – Why was God so angry with David for the census?  Deuteronomy 17:18 says that the King was to hand copy the entire law/Torah (Genesis – Deuteronomy). So David should have been very familiar with all of God’s commands in the Torah, all 613 of them. In Exodus 30:12 it was clearly stated that if you take a census, everyone had to pay a ransom to the LORD for his life to prevent a plague. The exact reasons are unclear even to commentators, but David should have known it was wrong to do it improperly. Similar to the carrying the Ark improperly cost Uzzah’s life (2 Samuel 6:7), and handling strange fire cost Nadab & Abihu’s life (Leviticus 10:2). Dexter Penwell notes:

Each person was to provide a half shekel silver coin of redemption (Exodus 30:12). In the Bible, silver represents blood. So those half shekel coins represented that each person being counted was redeemed by blood….(Exodus 30:12-16) states that if those redemption coins were not provided, then there would be a plague among the people. So, what happened was what was stated in Exodus. As a side note, the bases (sockets) for the boards of the holy place and the holy of holies were made from the original redemption coins. 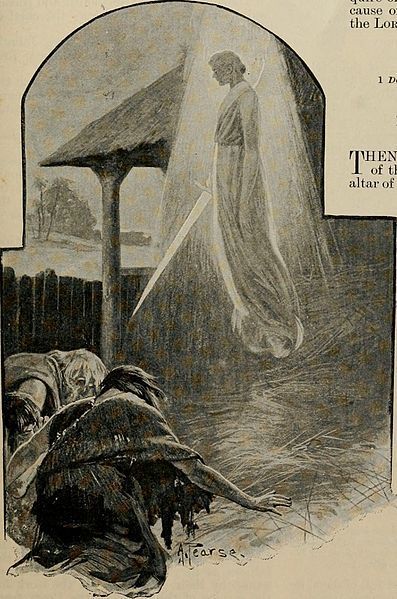 1 Chronicles 21:30 – God used the sword of the angel to point David to the new spot for His House. No longer the altar at Gibeon, but the threshingfloor of Ornan the Jebusite. Dr. Leen Ritmeyer has a great post on the location of this sacrifice:

Jewish tradition maintains that David’s altar was built (c. 980 BC) on the same place that Abraham had erected his altar in preparation for the sacrifice of Isaac, before God intervened. Based on the relationship between Herod’s Temple and the Rock inside the Dome of the Rock, the altar would have been located just east of the Dome of the Chain, as depicted in this photograph: https://www.ritmeyer.com/2014/10/27/the-temple-mount-in-jerusalem-during-the-jebusite-period/

While some claim that this was not on the “Temple Mount” but rather on the “City of David,” Dr. Leen Ritmeyer refutes that argument proposed by Dr. Ernest Martin and repeated by Bob Cornuke.

Romans 3:5 – Paul is re-orienting our thinking – to understand God we must first admit He is righteous, and of consequence, more righteous than us. (Romans 3:4).

Psalm 11:4 – The Psalmist notes the temple – and we think of the building that David tried to build. Yet the LORD cannot be contained on earth, or in heaven! (1 Kings 8:27). Yet even though he transcends the earth – he beholds the children of men.

Proverbs 19:11 – There are many offences that we could point to and make a stink about, yet it is our glory to pass over a wrong that someone has done to us. If we can forgive an action (intentional or unintentional) we are not just “the bigger man” – we have glory! 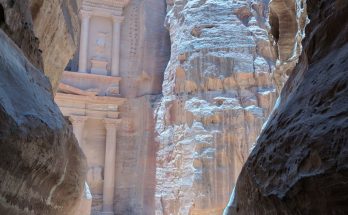 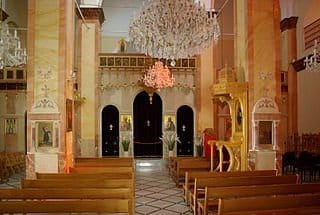