2 Chronicles 14:2 – Did you notice something yesterday? The Chronicler never said whether Abijah did that which was good and right. He mentions a good incident but he omits 1 Kings 15:3-7a. Asa on the other hand, (David-Solomon-Rehoboam-Abijah-Asa) lived up to his great-great-grandfather David’s love for God and sought Him (2 Chronicles 14:4).

Interestingly this is the same phrase used in Joshua and Judges.

2 Chronicles 16:2 – What happened? Asa wasn’t scared by a million man army, but now he’s scared of Baasha of the North? Hanani raised this same question (2 Chronicles 16:8). But unlike David responding to Nathan (2 Samuel 12), Asa was wroth (2 Chronicles 16:10). And to the end of his life, he turned his back on the LORD (2 Chronicles 16:12). Interestingly FiveThirtyEight has an article on how Supreme Court justices go liberal with age – because of peer pressure, reputations, ideological drift, and other reasons.

Romans 9:3 – Accursed for my brethren. That is “agape” love. No room for anti-semitism – the Messiah’s own flesh was of the seed of Abraham (Romans 9:5).

Romans 9:14 – Throughout our reading of the Bible this year, it’s stuck out the contrast this question raises. Are we more moral than God? Or do we need to adjust our definition of fairness to His?

Romans 9:22 – Ah the controversial verse about Election. Piper weights in, as does MacArthur and non-Calvinists. Positions on double predestination affect the question – who fitted the vessels?

Psalm 19:7 – Interesting how we go from general revelation (the Creation of God) to specific revelation (the Law of God) so abruptly! Both warn the servant (Psalm 19:11). As Paul says, “thou art inexcusable!” (Romans 2:1).

Proverbs 20:1 – One of the most unpopular verses in the Bible. Alcohol has deceived tens of millions. Seek wisdom! 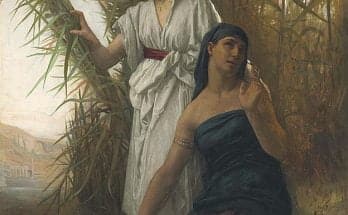