On this day that many spend meditating on the coming of the Messiah – we’ll see an important truth about His Second Coming!

Zechariah 6:1 – Sometimes in Zechariah we notice similar motifs to Revelation, but they have different meaning. In Zechariah the horses were designated for directions, while in Revelation 6:1-8, they are seen visualizing consequences (conquest, war, famine, death).

Zechariah 6:12 – Jimmy DeYoung sees this passage as talking about the Millennium:

Messiah’s Temple is the “House of Worship” that will stand in Jerusalem in the Kingdom, a physical Kingdom yet to come, in the 1,000 year period following the return of Jesus Christ back to earth.Verse 12 reveals that Jesus Christ, the “Branch”, is the one who will build this Millennial Temple.

The “Branch” is the name for Jesus in the Old Testament, which can be found in Isaiah 4:2, Jeremiah 33:15, Zechariah 3:8 and here in our key verse for our devotional reading today, verse 12.

The key to this passage is noticing that the Branch will have a throne, will be a priest, and will be peace (Zechariah 6:13). A throne means a civil ruler like Zerubbabel (in Zechariah’s day), a type of David. A king was forbidden from being a priest (StackExchange notes the priesthood was restricted to Levi, while the kingship was restricted to Judah). Uzziah as king attempted to offer a sacrifice (2 Chronicles 26:16), and was cursed with leprosy (2 Chronicles 26:19-21).

What Prophesied Man could be both King and Priest? The Branch is The Peace – and as we showed earlier, that is Jesus! In the Milllennium He will build the Ezekiel Temple.

Zechariah 7:9 – What is the message that the LORD sent? Quite similar to Micah 6:8’s message – Do Justice, Love Mercy, Walk Humbly.

The widow, fatherless, stranger, and poor are often taken advantage of – especially by those who use “false balances” (Proverbs 11:1). God demonstrates His power not by helping the rich get richer – but by making the weak strong (2 Corinthians 12:10).

Revelation 15:3-4 – Patch the Pirate’s song “Great and Marvellous” is based on these verses!

Proverbs 30:25 – Solomon talked about the ant back in Proverbs 6:6 as a wise creature. What’s the lesson from these four creatures?

Are you as smart as a coney? Wise Agur used four small creatures to teach his students great wisdom (Pr 30:1,24). The ants prudently save for the future (Pr 30:25). The locusts know the power of numbers (Pr 30:27). The spider by diligence goes where most cannot (Pr 30:28). The conies wisely avoid risk and loss by choosing safe and strong protection. 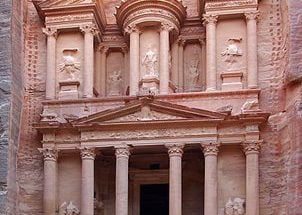 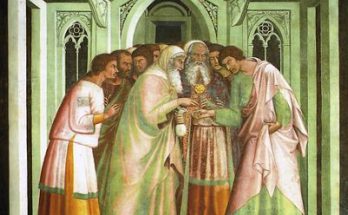 By this shall all men know that ye are my disciples, if ye have love one to another.
John 13:35