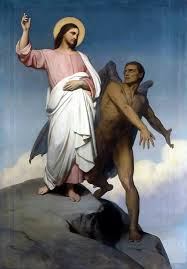 Numbers 30 – It’s amazing that a string of words coming out of your mouth can be so significant that God spends an entire chapter on it. (On a side note – in Rhetorical Criticism class in graduate school, we discussed communication theory, and there are debates as to whether words have inherent meanings). That God cares about your words is obvious not only in the Old Testament but also in the New (Matthew 5:33-37). Ligonier Ministries has an interesting commentary:

Understanding common first-century Jewish practices helps us see what our Savior was getting at in His teaching on oaths and vows. To keep people from breaking the law’s rules regarding our promises (Num. 30:1–2), Jewish teachers and leaders invented a system by which they could determine whether a vow had to be kept. Extrabiblical literature indicates that many rabbis did not consider it a sin to break a vow if it was not made explicitly in the name of God. Oaths made in the name of heaven or even the gold of the temple were not regarded as ultimately binding. As we might expect from sinners, this led to people making oaths by persons or objects other than God to give them an out in case they did not keep their word…..

Jesus’ teaching leads us to conclude that it is better not to make a vow than to swear an oath that we have no intention of keeping. It also reinforces the point that oaths and vows should not be made on just any occasion, but they should be reserved only for occasions of great import and lasting significance. In other cases, we should let our yes be yes and our no be no. But in all circumstances, we must strive to keep our word.

Numbers 31:17 – This sounds like a violent, capricious leader ordering his followers to do something grossly immoral. Is the God of the Bible that told Moses to kill the Midianites (v.2), any better than the Allah of the Koran that commands followers to “slay them wherever ye find them” (Sura 2:191, among many other verses)?

If God were just our “fellow man” he would have no right to command the death of his “fellow man.” But God is not a “fellow man” – He is our Creator (Genesis 2:7). By virtue of His creation of us, we are His property. The historical rights of property include Possession, Use, and Disposition. God, our Creator, has the right to use and dispose of us how He wishes. Throughout the New Testament, the concept that God is our slavemaster is evident (Matthew 23:10, John 13:3, Colossians 4:1, Ephesians 6:9).

Our Creator and Master has set the “laws of nature” and has warned us from day one that sin results in death (Genesis 2:17). He has the right to call in the judgment on us at any time, but has been so merciful to us by not exercising His wrath immediately. But justice delayed is not justice denied. And the death of the Canaanites was just the beginning of the troubles they would face – after death, they would enter sheol. As we saw earlier our sin was so repugnant to God, the Israelites would offer over a million sheep to the Lord as part of their corporate reconciliation, not counting the individual offerings. Death is a consequence of sin.

But the Good News is that if we believe on the only begotten Son, we shall not perish but have eternal life (John 3:16). How is that possible? Because while we were yet sinners, God’s Son died for us, in our place (Romans 5:6)!

Unfortunately this is not a popular message today. I was talking with a friend of mine that did not know Jesus and He was so offended by the idea that God had ownership rights to Him and would allow His Son to die for him, that He said He’d rather go to hell than serve a God like that.

Luke 4:7 – Revelation 11:15 says that all the kingdoms of the world will become the kingdoms of Jesus Christ. Satan’s offer is something that will be coming in due time, but Satan will offer it faster (by at least 2,000 years), and easier (without the cross). Satan’s shortcut is often offered today – the joys of marriage before the commitment of a wedding, or maybe financial gain without work.

Luke 4:20 – Jesus closed the book in the middle of the verse. Isaiah 61:2 continues “and the day of vengeance of our God.” Jesus was not fulfilling the second half of the verse, only the first half. When He comes again He will fulfill the second half.

Luke 4:29 – On most Israel tours, you will see the Mount of Precipice, where this happened. Good preaching gets results, sometimes positive, and sometimes negative.

Psalm 63 – John Zimmer recorded a beautiful song based on this text, enjoy it

Proverbs 11:21 – As we saw with Jesus’ temptation – though the wicked look like they will be successful faster, God will deliver the righteous and punish the wicked! 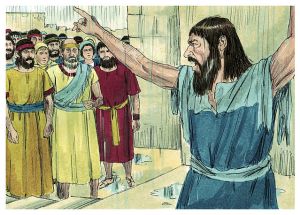