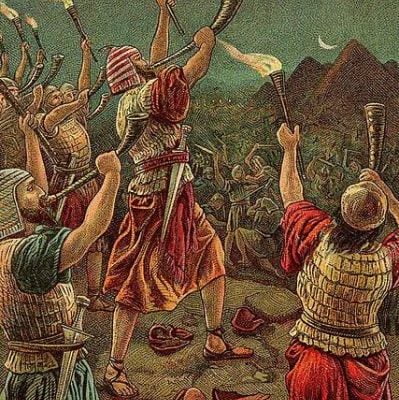 Judges 7:3 –  Deuteronomy 20:8 says to let the fearful and fainthearted go home. Gideon had to wait for God to reiterate this command.

Judges 7:10 – If thou fear… Ever notice how merciful God was as He orchestrated this victory?

The LORD was patient and victorious – all Israel did was sin and cry.

Luke 23:42 – The guilty malefactor did what the Israelites did (Judges 6:6) and cried to the LORD.

Psalm 97:9 – The LORD who puts up with Gideon and Israel, who humbles himself to accept the judgment of His Creation, is the same LORD who is high above all the earth.