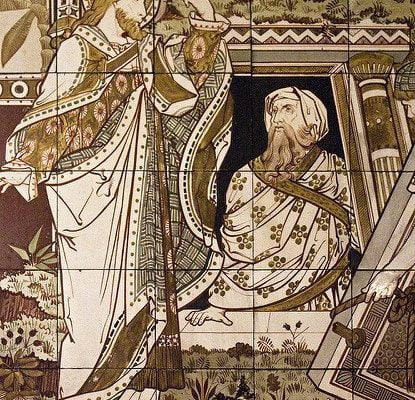 I Samuel 26:25 – While some of Saul’s benedictions were empty, this one is true.

I Samuel 27:1 – Gad had previously warned David to remain in the land of Judah. David does not appear to have consulted the LORD about his decision to escape to the Philistines.

John 11:35 – Nobody understood Jesus. His disciples forgot John 10:18 and were afraid of the Jews. They didn’t understand his saying (John 11:12). They weren’t sure what to say but that didn’t stop them from talking (John 11:16). Martha believed in the resurrection afar off but did she really believe that Jesus was the resurrection (John 11:24).  Mary’s understanding was limited by her human knowledge that death was irreversible (John 11:32). Martha was trying to stop Jesus from working (John 11:39).

John 11:53 – After Jesus brings Lazarus back from the dead, the religious leaders determined to put Jesus to death. But what he planned was for a purpose He knew not of (John 11:51).

Psalm 117:1 – My family had a Christmas tradition of each of us reciting a verse or passage of Scripture. Hoping for the presents that followed, we were dismayed when my grandfather asked “What is the longest Psalm in the Bible”? “Psalm 119” was the reply. He then started: “Psalm 117….” and quoted the shortest Psalm in the Bible. Just two verses but calling us to Praise the LORD because of His merciful kindness for us, and His eternal Word.

Proverbs 15:22 – As someone would remind me on the importance of a second opinion, “wise is the counsel of many.”

February 1 – Where Was the Exodus?

January 31 – The Battle for the Sons

Because thy lovingkindness is better than life, my lips shall praise thee. Thus will I bless thee while I live: I will lift up my hands in thy name.
Psalm 63:3-4