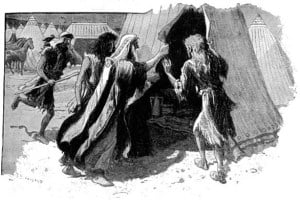 2 Kings 6:31 – Famine instead of being seen as a sign of God’s judgment and His need to be appeased, was reason for the king to be mad at the prophet of God and his desire to shoot the messenger.

This is the foremost instance of Barnabas patience with the failures of others. He is the son of encouragement (Acts 4:36). He wants to give John Mark another chance and he wants to do it now.

Paul disagrees. The disagreement is so deep that it cannot be resolved, and these veterans whose friendship goes back at least 15 years, and who owe each other so much, part company. Neither will yield.

Which one of them was right? Well, Luke is remarkably objective here. He does not seem to take sides. Perhaps one little clue shows that the church inclined to the side of Paul, because in Acts 15:40 it says that Paul and Silas were commended by the brethren to the grace of the Lord. It doesn’t say this about the departure of Barnabas and John Mark.

Up to that point in history, the gospel had been limited to Asia, and many historians credit Paul’s heeding the Macedonian Call with the spread of Christianity into Europe and the Western world.

Proverbs 17:25 – Interesting in context of Solomon’s son Rehoboam, that lost the kingdom that his father had built. 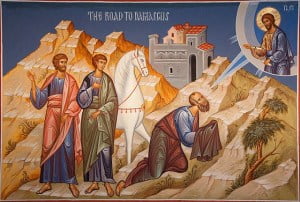 June 13 – The Road to Damascus 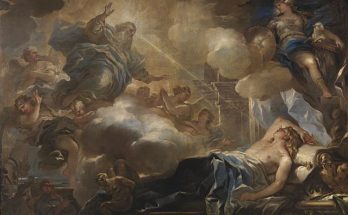 Since thou wast precious in my sight, thou hast been honourable, and I have loved thee: therefore will I give men for thee, and people for thy life.
Isaiah 43:4