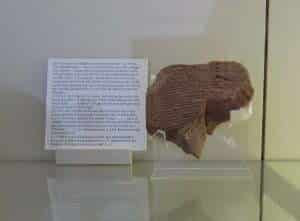 2 Kings 25:30 – This obscure phrase at the end of the book of 2 Kings has a remarkable confirmation in the Pergammon Museum in Berlin. From the Bible and Archaeology Online Museum:

This clay tablet from ancient Babylon describes monthly rations allowed to Jehoiachin, a Jewish king. The biblical account of King Jehoiachin is found in 2 Kings 25:29-30, which also states that he received a “regular allowance” from the king of Babylon. The tablet was made in c. 595-570 BC, and was discovered in Babylon in c. 1900.  The text is in the Akkadian language using cuneiform script, and the tablet measures roughly 4 x 4 inches. The artifact is now located in the Museum of the Ancient Near East, Pergamum Museum, Berlin.

Acts 22:21 – Paul was able to speak unto his people until he said that God sent him to preach to another people. Once Paul left the synagogue and started preaching to others was when the trouble usually came.
Acts 22:25 – Again Paul was able to use whatever tools he had to further the gospel. Later he would use his identification as a Pharisee (Acts 23:6) to re-direct the debate.
Acts 23:9 – Ah the wisdom of Gamaliel took root (Acts 5:34). Then again, Paul invoked it earlier (Acts 22:3).
Psalm 2:6 – The king of Judah was deposed, but the King of Kings will one day take His throne!
Proverbs 18:13 – As many a mother has said – God gave you two ears and one mouth for a reason… 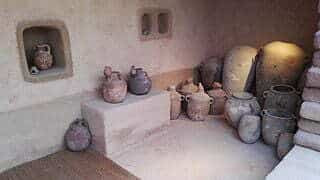 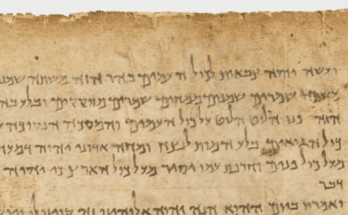 And the LORD, he it is that doth go before thee; he will be with thee, he will not fail thee, neither forsake thee: fear not, neither be dismayed.
Deuteronomy 31:8