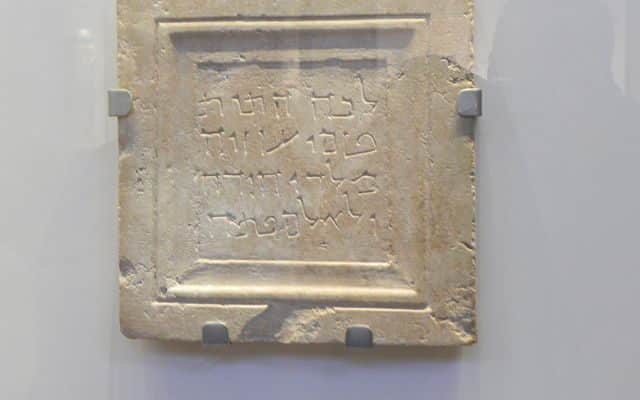 Isaiah 6:1 – The year is 740 BC. The political establishment was in upheaval because Uzziah had been king for 52 years. This was the only king Isaiah had ever known. Uzziah was such a great king (2 Kings 15:3) he thought he’d make a good priest as well (2 Chronicles 26:18), and so he was cursed with leprosy (2 Chronicles 16:19). They’ve even uncovered a burial stone that claims to be where he was reburied:

What else happened in 740 BC? “In 740 BC Tiglath-Pileser III took Arpad after a siege of three years, and razed Hamath. Uzziah had been an ally of the king of Hamath, and thus was compelled by Tiglath-Pileser to do him homage and pay yearly tribute.” (Wikipedia)

Isaiah was taken from the earthly realms into the heavenly realms! The earthly king was dead, but the King of Kings was still on the throne!

Isaiah 6:2 – People have tried to portray this scene – but this is an incredible look into heaven!

Isaiah 6:5 – Isaiah realized he was an unworthy sinner, when he saw the KING! But God sent a seraphim to purge his sin (Isaiah 6:7).

Isaiah 6:9-10 – How’s that for a message to share on deputation? Called by God to preach that the people are unable to understand or perceive, and that they have rejected God so God will close the door of healing, and Judah will be wasted desolate (Isaiah 6:11).

Isaiah 7:1 – We’ve just jumped ahead from the death of Uzziah to the reign of his evil grandson Ahaz (2 Chronicles 28:2-4) when Rezin and Pekah are teaming up against Ahaz. God had a message for Ahaz of deliverance for Judah (Isaiah 7:7) and judgment on Israel (Isaiah 7:8).

Isaiah 7:14 – KnowingScripture debunks the argument that the word “virgin” should mean “young woman,” and addresses the question – why is God giving a messianic prophecy to Ahaz when he’ll be dead for 600 years before Jesus is born!

First, the Lord offers a sign to Ahaz that he would defend Jerusalem, but Ahaz rebelliously refused it. In reply, the prophet addresses not Ahaz personally but the house of David: “Hear then, O house of David! Is it too little for you to weary men, that you weary my God also? Therefore the Lord himself will give you a sign . . .” (Isaiah 7:13-14). In Hebrew, the you’s in this passage are plural. So the proper recipients of the sign are a broader category than Ahaz personally. The promise is made to the entire royal house as such.

Tomorrow we will read more about the child in Isaiah 9:6-7.

2 Corinthians 11:23-27 – Paul is wondering why the Corinthians are willing to follow people who will fleece them, devour them, belittle them, even smite them on the face (2 Corinthians 11:20). Paul gives a great advertisement for missionary service in these verses, sharing what he has endured for the cause of Christ:

Paul didn’t have his best life now – but he had in mind the future with the God and Father of our LORD Jesus Christ!

Psalm 54:7 – Paul can declare with the Psalmist – He hath delivered me out of all trouble! 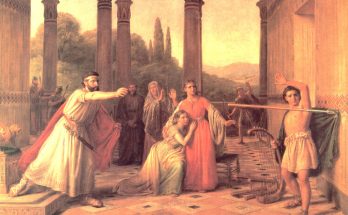 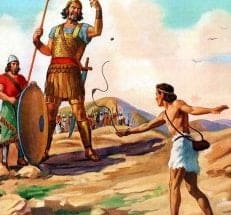 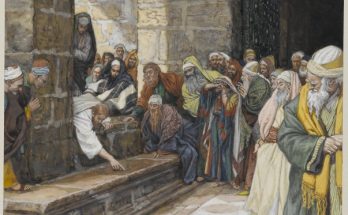 May 14 – What did Jesus write in the ground?

Call unto me, and I will answer thee, and show thee great and mighty things, which thou knowest not.
Jeremiah 33:3