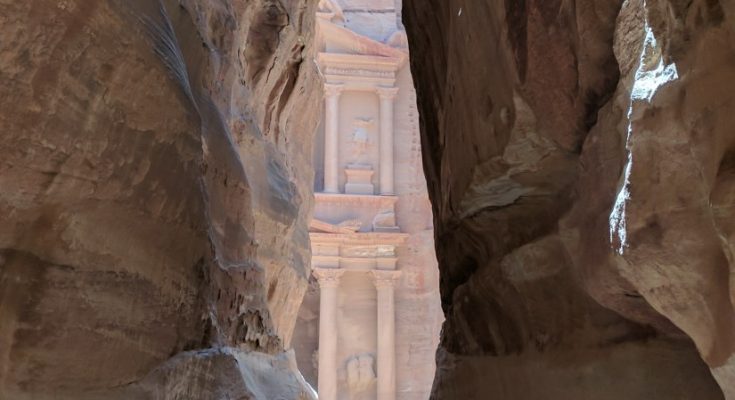 Beginning with verse 36, a sharp break in the prophecy may be observed, introduced by the expression the time of the end in verse 35.

Verse 40 in our reading reveals how the alignment of Arab and Islamic nations, led by Russia, will begin to make their way into Israel to destroy the Jewish state. Almost in concert, the two nations, Egypt and Syria, will come “against him”, verse 40. Remember the “him” is the Antichrist.

Why would the text say that Syria and Egypt are going to attack the Antichrist? The answer is that before both Arab nations move against Israel, the Antichrist will have “confirmed” a peace agreement between Israel and her enemies, Daniel 9:27. So, to attack Israel is like attacking the Antichrist who has just guaranteed Israel’s peace.

Daniel 11:41 – Chuck Missler is one of many who note the connection between “Edom, and Moab, and the chief of the children of Ammon” (present day Jordan) with Petra, the desert fortress.

Daniel 12:1 – “time of trouble” is also known as the Great Tribulation.

Daniel 12:8-9 – Daniel could interpret dreams, could counsel Nebuchadnezzar, but he couldn’t understand God’s prophetic timetable. The promise was that at the “time of the end” the words would be unsealed.

There’s a fascinating history of eschatology (study of the last things) at ChristInProphecy.org but the key point is that eschatology is relatively new in theological studies, especially because of its interconnection with Zionism.

In 1878, “one of the first [statements of faith] to explicitly proclaim faith in the premillennial return of Jesus Christ to earth” was written at the Niagara Bible Conference.

Since Julian the Apostate’s attempt in 363 to rebuild the Temple that was stopped by “fearful balls of fire,” there had been little movement to return Jews to Eretz Israel until Lord Shaftesbury’s Memorandum calling for “the restoration of the Jews to Palestine” in 1841. The Zionist Congress itself didn’t commit itself to Palestine until 1905 (for fun, read a fictional travel guide to “New Judea, East Africa” – an alternative timeline history), and in 1940 FDR considered moving the Jews to Alaska.

Daniel 12:12 – Apparently there is a 75 day transitional period between the Tribulation and the New Jerusalem (Walvoord).

1 John 4:3 – Speaking of antichrist, denial of the humanity of Jesus is a sign of a false teacher.

Psalm 123:2 – Notice the Psalmist identifies himself as a servant of the Master, the LORD Our God!

Proverbs 29:2 – Yes that means you have to vote for good candidates! 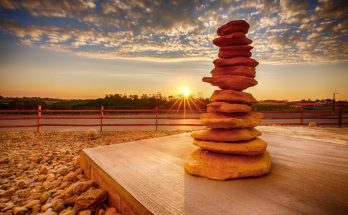 April 11 – The Distinguished Dinner Guest and His Controversial Comments 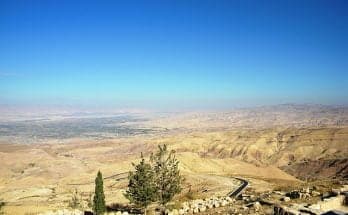 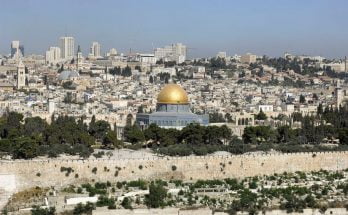