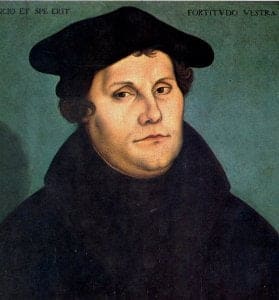 1 Chronicles 13:10 –  Why was the LORD so angry at Uzzah that He killed him? Coudn’t God have prevented the oxen from stumbling? Even more troubling – the sin wasn’t solely Uzzah’s – it was David’s. David was obligated to read the entire law and hand copy it (Deuteronomy 17:18). In spite of that, David gave the orders to move it on an oxcart (1 Chronicles 13:6-7) and a bystander was killed for the act of disobedience even though he meant well. The LORD, given His control of the world, allowed / caused the oxen to stumble. Why? The LORD is a jealous and holy God (Exodus 34:14). As we know from the New Testament, the wages of even just one sin (James 2:10) is death (Romans 6:23), and so Uzzah died as a result of the sin of David. This is another example of substitutionary death in the Old Testament specifically with David. David’s sin with the Ark led to the death of Uzzah. David’s sin with Bathsheba led to the death of Uriah (2 Samuel 11:17), David & Bathsheba’s first son (2 Samuel 12:18). And then 70,000 men died (2 Samuel 24:15) for David’s census (2 Samuel 24:2) because it was done improperly (Exodus 30:12).

Substitutionary death is a big theme in the Bible. Paul teaches us in Romans 5:12 that one man’s sin caused many to die, but similarly (Romans 5:19) one man’s perfect obedience of all 613 laws of the Torah can bring eternal life (Romans 5:21) to all who believe.

It doesn’t seem “fair” to us but let us remember 1) God created morality – so it’s like arguing with Shakespeare what “Wherefore art thou Romeo?” really means; 2) God created us (Genesis 2:7) – so it’s like arguing with your artist neighbor who threw away a broken clay pot (Isaiah 45:9, Romans 9:21); 3) All men are sinners (Romans 3:23) and deserve death (Romans 6:23) and God has appointed that day (Hebrews 9:27); and finally 4) Uzzah should have known he was forbidden from touching the Ark (Numbers 4:15) – and if he didn’t know, his biblical illiteracy was fatal.

He says, “Here in it,” in the gospel, “the righteousness of God is revealed from faith to faith, as it is written, ‘the just shall live by faith.’” A verse taken from the book of Habakkuk in the Old Testament that is cited three times in the New Testament. As Luther would stop short and say, “What does this mean, that there’s this righteousness that is by faith, and from faith to faith? What does it mean that the righteous shall live by faith?” Which again as I said was the thematic verse for the whole exposition of the gospel that Paul sets forth here in the book of Romans. And so, the lights came on for Luther. And he began to understand that what Paul was speaking of here was a righteousness that God in His grace was making available to those who would receive it passively, not those who would achieve it actively, but that would receive it by faith, and by which a person could be reconciled to a holy and righteous God.

Proverbs 19:5 – Truth is your ultimate defense. Yes in the short run it may seem that lying may save you trouble – the parent without discernment who asks the two sons if they stole a candybar (both of them had), and the one son admits it and is punished, the other denies it, and is not punished. But even though in the short run telling the truth may seem costly, telling a lie is far more expensive. 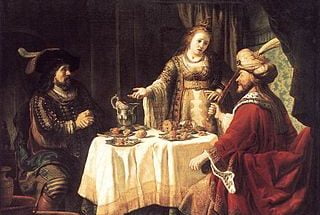 August 19 – A Queen that is Ignorant and Incapacitated? 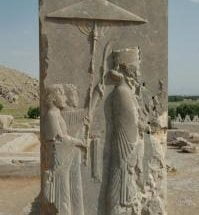 August 18 – Do we have ancient records of Mordecai?