Jeremiah 31:31-34 – This is the longest quoted passage from the Old Testament in the New Testament (Hebrews 8:8-11), per Olufemi Adeyemi. Jesus used the phrase “new covenant” when he instituted the Lord’s Supper (Luke 2:20). From John MacArthur:

Jeremiah 31:38-40 talks about the return of Jerusalem to the Jewish people, which was partially fulfilled on the date, June 7, 1967. I say partially because the city of Jerusalem will be a center of controversy until the Messiah, Jesus Christ, sets up His kingdom. Jesus Christ will reign over His kingdom from Jerusalem for 1,000 years.

Jeremiah 32:8 – A prophet prophesying destruction (Jeremiah 32:2) doesn’t usually buy land in the land being destroyed. But Jeremiah did, because God had declared that it would be possessed again! (Jeremiah 32:15).

Or, from Earl Martin:

1 Timothy 3:2 – Even if you’re not a bishop/pastor, or a deacon, this is a good list of character traits to pursue. Especially in our alcohol-focused culture (15 million have an “Alcohol Use Disorder”, and 88,000 die from alcohol-related causes annually), Paul says that should not be a characteristic of a Christian leader.

1 Timothy 3:15 – No, this verse isn’t talking about not running in church. Nor is it saying certain Church is the God-ordained perfect teacher of truth. From GotQuestions:

Judging by the context of 1 Timothy, as well as the rest of Scripture, certainly not that “the church” has an infallible grasp of truth. In this case, Paul seems to be saying that the ekklesia—the body of believers, “the church”—is the structure that holds up and holds forth the gospel to the world. For that reason, the conduct of the body and its selection of leaders are critically important.

This interpretation is strongly supported by Paul’s use of two Greek words, stulos and hedraioma, translated as “pillar” and “foundation.” Stulos means “pillar, column, prop, or support” and is found in the New Testament only here, in Revelation 3:12, and in Revelation 10:1. Hedraioma means “prop or support” and is found only in this verse. Both words come from Greek root words that imply something that stiffens, stabilizes, steadies, or holds. These are completely different words than what are used for other occurrences of “foundation” in English Bibles. For instance, Paul’s reference to Christ as our “foundation” in 1 Corinthians 3:11 uses the word themelios, which means “foundation of a building” or “initial and founding principles of an idea.”

Psalm 88:1 – Ever sit back and notice the intensity of the Psalmist’s prayers? Sometimes we just say a “Now I lay me down to sleep” or a “Bless this food” – without truly needing the LORD.

In Bible times an oriental needed to keep his hearth fire going all the time in order to insure fire for cooking and warmth. If it went out, he had to go to a neighbour for some live coals of fire. These he would carry on his head in a container, oriental fashion, back to his home. The person who would give him some live coals would be meeting his desperate need and showing him an outstanding kindness. If he would heap the container with coals, the man would be sure of getting some home still burning. The one injured would be returning kindness for injury. 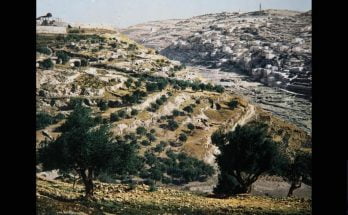 Humble yourselves therefore under the mighty hand of God, that he may exalt you in due time.
1 Peter 5:6