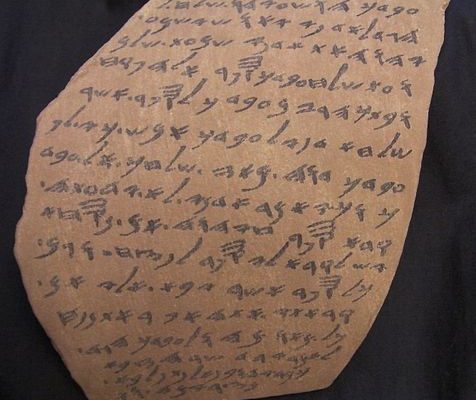 Jeremiah 33:1 – In prison? Jeremiah? He joins a good group of Biblical prisoners:

Jeremiah 33:3 – Growing up it was fun to show off what you could make with Legos. But how much more amazing would it be to see the great and mighty things that the Creator of the Universe can make! Let’s call unto Him today!

Jeremiah 33:8 – Cleansed and pardoned! How can someone be cleansed? Leviticus 14:14 says that the blood of the trespass offering is needed to cleanse. Jeremiah accused them of bloodguiltiness (Jeremiah 2:34, Jeremiah 7:6, Jeremiah 19:4, Jeremiah 22:3, Jeremiah 22:17, Jeremiah 26:15), and Numbers 35:33 says that land cannot be cleansed of blood, but by the blood of him that shed it. Whose blood will be shed to pay for the penalty? Numbers 35:33 would imply that it would be Israel’s blood – but if their blood is shed, who would take the land? Someone who could take the iniquity of all – Isaiah 53:6. The Branch of Righteousness, the heir of David (Jeremiah 33:15), will save Judah. In the very first verse of the New Testament Jesus is identified as the Son of David (Matthew 1:1). Even the blind men could see that Jesus was the Son of David (Matthew 9:27, 20:30-32), and the Canaanite woman (Matthew 15:22).

Jeremiah 34:7 – Lachish. Sennacherib had already attacked Lachish about 140 years earlier. Now it is under attack again.

In 1935, the archaeologist J.L. Starkey discovered in Lachish some broken pieces of pottery with writing on them, that have become known as the Lachish Letters. We’ll discuss them more as we continue, but if you ever get to the British Museum or the Rockefeller Museum in Jerusalem, be sure to look for them.

Jeremiah 34:14 – Jeremiah notes that the commands of Exodus 21:2 and Deuteronomy 15:12 have been neglected, now the people that were released (belatedly) are being re-enslaved!

Nearly one-third of white Americans raised in evangelical Christian households leave their childhood faith.2 About 60 percent of those who leave end up joining another faith tradition, while 40 percent give up on religion altogether. The rates of disaffiliation are even higher among young adults: 39 percent of those raised evangelical Christian no longer identify as such in adulthood.

https://fivethirtyeight.com/features/are-white-evangelicals-sacrificing-the-future-in-search-of-the-past/ – note we’re focusing on white evangelicals merely because they are the largest subgroup of senior citizens in American religion.

Psalm 89:9 –  This seed of David is identified as stilling the waves of the raging seas! In Matthew 8:27 we see who this is!

Proverbs 25:24 – A great book I’ve started reading is “Discovering the Mind of a Woman.” I’ve already bought copies for a couple of my friends (currently $1.99 on Kindle).