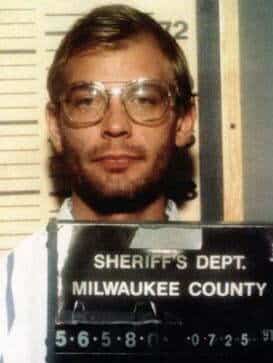 The temple laws of Moses were specific to a certain people and a certain building. The warning of Ezekiel to Tyre & Egypt were specific to a certain people at a certain time, but this passage is distinguished. Ezekiel is given a universal principal of the watchman not a ceremonial command.  Ezekiel is specifically appointed a watchman to Israel, but the context implies that there are others who can be called watchmen. In contrast to those that say the church is not responsible for the Great Commission, we have the same message that Ezekiel had, but to a different people and a different time.

Ezekiel 33:17 – Jeffrey Dahmer was one of the worst serial killers. Sodomized, murdered, dismembered, and cannibalized 17 men and boys over 13 years. Found legally sane.

On July 22nd, 1991, he was caught. He said “For what I did I should be dead.” Over the next two weeks, he confessed to everything. Shortly after he asked for a Bible. He sought legal help from a prominent Christian lawyer in the area. According to his father, books from ICR led him from evolution to the Creator, and becoming a born again Christian.  Yes, it is possible for the wicked to live, and the righteous to die (Ezekiel 33:18-19).

Ezekiel 33:24 – Israel was trusting in their strength, yet God was judging them for their sin!

Ezekiel 34:17 – The Lord GOD (Yahweh Adonai) declares that He, the shepherd of the flock, will judge between the rams and the goats. What did Jesus say in Matthew 25:32? He said that He would “as a shepherd divideth his sheep from the goats.”  Jesus claimed to be the Yahweh Adonai of Ezekiel 34:17. Now why wasn’t He stoned for this? Because it was told to the disciples privately (Matthew 24:3) as part of the Olivet Discourse. Those who had followed their rabbi, Y’shua, would not betray him, save one.

Ezekiel 34:23 – Who is the Shepherd? David, the Shepherd King who wrote of the Lord as Shepherd (Psalm 23), was dead. In John 10:11, Jesus claims to be the Good Shepherd. The Shepherd of Ezekiel 34:23  is prophesied to come, but in this passage is not identified with the LORD as it was in Ezekiel 34:17. Interestingly this a-divine (not divine, nor anti-divine) claim of identification was made to the Pharisees (John 9:40).

Ezekiel 34:26 – There shall be showers of blessing!

Also note the wide variety of kinds of people covered in this one chapter:

Hebrews 13:23 – Pulpit Commentary thinks that this shows Hebrews was written by Dr. Luke:

It is observable that the word ἀπολύεσθαι, which does not occur in St. Paul’s writings, is, like so many expressions throughout the Epistle, one usual with St. Luke (Luke 22:68; Luke 23:16, etc.; Acts 3:13; Acts 4:21; where it expresses release from prison or captivity). He uses it also for dismissal of persons on a mission (Acts 13:3; Acts 15:30); and hence one view is that Timothy’s having already set out to visit the Church addressed is all that is here meant.

Proverbs 27:22 -Several possible interpretations abound – is a man known by the type of people who praise him? by his behavior while praised? by what he is praised for? is a man to test the people who priase him?