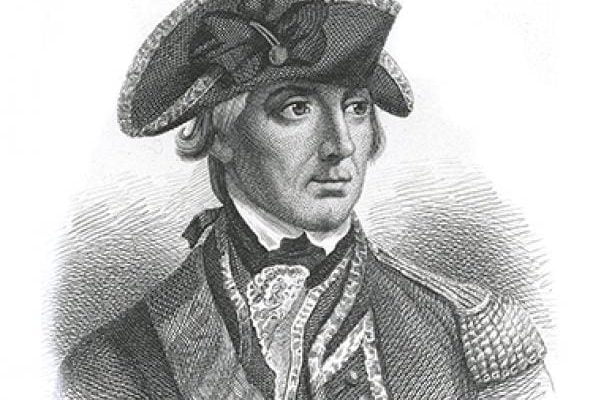 JG: “General Howe, what do you think of the Yankee soldiers?”

WH: “Mr. Gillespie, we thought they would be cowards, but they fight with a fury and determination that I have never seen before. Your Yankee resolve killed or wounded over one thousand of my loyal British troops during this battle.”

The patriots showed the British that the Yankees were here to stay.

In Boston, Massachusetts, there is the Bunker Hill Monument and a marker which reads, “The Battle of Bunker Hill, fought here on Breed’s Hill, June 17, 1775, was the first major military confrontation of the Revolutionary War. Although the British won the battle – at a terrible cost – it was a great moral victory for the Patriots, who prayed that they would and could stand up against the British regulars. This monument of Quincy granite, built between 1825 and 1843, stands today as a memorial to the courage, purpose, and sacrifice of those Patriots of 1775 whose actions here rallied the Colonies and prompted General Washington to declare ‘The liberties of our country are safe.'”