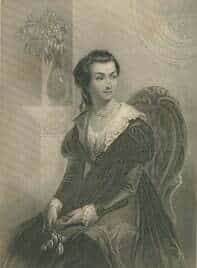 It’s July 15, 1775. I’m in Philadelphia at a meeting of the Continental Congress with Nabby Adams, the ten-year-old daughter of John and Abigail Adams.

JG: “Miss Adams, who is your favorite delegate to Congress?”

NA: “Besides my papa and my cousin, Samuel, General Washington looks so majestic. He’s so tall, walks like a king, says but a few words, and looks so handsome in his blue uniform.”

General Washington’s demeanor not only impressed young Nabby, but also impressed Americans throughout the colonies as his outward appearance matched his inward integrity.

Read the full text of Rules of Civility, which reflect the profound integrity of the man who went on to be our nation’s father and first president.