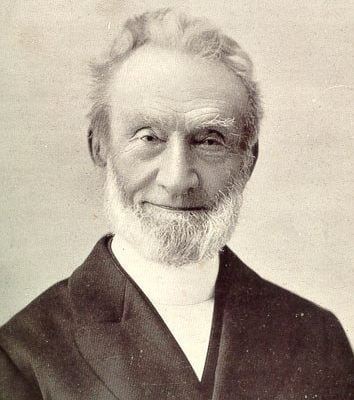 How do you know if God has answered your prayers? Well, obviously, if what I prayed for happened. So, how many of your prayers has God answered last year? If you’re like me – we pray for things as we think of them, and not in a planned serious way. It seems as if we put more planning into our grocery list than into our prayer list. But if you start writing down your prayer requests, you can record your answers to prayer!

Once, while crossing the Atlantic on the SS Sardinian in August 1877, his ship ran into thick fog. He explained to the captain that he needed to be in Quebec by the following afternoon, but Captain Joseph E. Dutton (later known as “Holy Joe”) said that he was slowing the ship down for safety and Müller’s appointment would have to be missed. Müller asked to use the chartroom to pray for the lifting of the fog. The captain followed him down, claiming it would be a waste of time. After Müller prayed a very simple prayer, the captain started to pray, but Müller stopped him; partly because of the captain’s unbelief, but mainly because he believed the prayer had already been answered. Müller said, “Captain, I have known my Lord for more than fifty years and there is not one instance that I have failed to have an audience with the King. Get up, Captain, for you will find that the fog has gone.” When the two men went back to the bridge, they found the fog had lifted, and Müller was able to keep his appointment. The captain became a Christian shortly afterwards.[43]

What was the secret to his prayer life?

It has pleased the Lord to teach me a truth, the benefit of which I have not lost, for more than fourteen years. The point is this: I saw more clearly than ever that the first great and primary business to which I ought to attend every day was, to have my soul happy in the Lord.