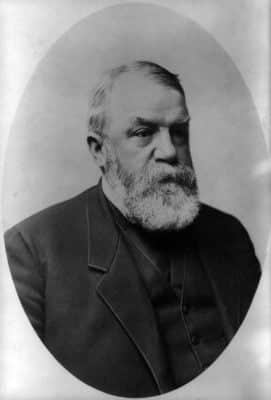 There is a great deal more said in the Bible about praise than prayer; yet how few praise-meetings there are!

David, in his Psalms, always mixes praise with prayer. Solomon prevailed much with God in prayer at the dedication of the temple; but it was the voice of praise which brought down the glory that filled the house; for we read: “And it came to pass, when the priests were come out of the holy place (for all the priests that were present were sanctified, and did not then wait by course; also the Levites, which were the singers, all of them of Asaph, of Heman, of Jeduthun, with their sons and their brethren, being arrayed in white linen, having cymbals, and psalteries, and harps, stood at the east end of the altar, and with them a hundred and twenty priests, sounding with trumpets); it came even to pass, as the trumpeters and singers were as one, to make one sound to be heard in praising and thanking the Lord; and when they lifted up their voice with the trumpets, and cymbals, and instruments of music, and praised the Lord, saying, ‘For He is good; for His mercy endureth forever;’ that then the house was filled with a cloud, even the house of the Lord; so that the priests could not stand to minister by reason of the cloud, for the glory of the Lord had filled the house of God.”

We read, too, of Jehosaphat, that he gained the victory over the hosts of Ammon and Moab through praise, which was excited by faith and thankfulness to God.

“And they rose early in the morning, and went forth into the wilderness of Tekoa; and as they went forth, Jehoshaphat stood and said, ‘Hear me, O Judah, and ye inhabitants of Jerusalem; believe in the Lord your God, so shall ye be established; believe His prophets, so shall ye prosper;’ and when he had consulted with the people, he appointed singers unto the Lord, and that should praise the beauty of holiness, as they went out before the army, and to say, Praise the Lord; for His mercy endureth for ever,’ And when they began to sing and to praise, the Lord set ambushments against the children of Ammon, Moab, and Mount Seir, which which were come against Judah; and they were smitten.”

It is said that in a time of great despondency among the first settlers in New England, it was proposed in one of their public assemblies to proclaim a fast. An old farmer arose; spoke of their provoking heaven with their complaints, reviewed their measures, showed that they had much to be thankful for, and moved that instead of appointing a day of fasting, they should appoint a day of thanksgiving. This was done; and the custom has been continued ever since.

However great our difficulties, or deep even our sorrows, there is room for thankfulness. Thomas Adams has said: “Lay up in the ark of thy memory not only the pot of manna, the bread of life; but even Aaron’s rod, the very scourge of correction, wherewith thou hast been bettered. Blessed be the Lord, not only giving, but taking away, saith Job. God who sees there is no walking upon roses to heaven, puts His children into the way of discipline; and by the fire of correction eats out the rust of corruption. God sends trouble, then bids us call upon Him; promiseth our deliverance; and lastly, the all He requires of us is to glorify Him. ‘Call upon Me in the day of trouble; I will deliver thee, and thou shalt glorify Me.”