We’re looking at how we can spend an hour in prayer, and studying how we can watch in prayer:

There’s a phrase that’s found only once in the Bible:

But let none come into the house of the LORD, save the priests, and they that minister of the Levites; they shall go in, for they are holy: but all the people shall keep the watch of the LORD.

Jehoiada was the high priest – he was raising Joash (similar to Samuel) within the temple. Now was time to crown the legitimate heir to the throne of David against the wicked grandmother Athaliah. This was treason against the presumed monarch Athaliah, and those involved could die. Benson’s commentary lends us some light on this topic:

Let them stand in their court to prevent and oppose any person that shall endeavour violently to break into the house, to seize upon the king, or to oppose the present work, which he expected Athaliah and her accomplices would do.

The people could not enter into the holy places – that was reserved for the priests and the ministering Levites, but the people were there to stand, be vigilant, be counted with the priests and Levites, support them, and be ready in case they were called upon to assist in the battle.

What a great picture of watching in prayer – taking time to ask God to make us aware of our situation – and not just our situation but our pastor, neighbors, friends, relatives, classmates, churchgoers, coworkers, government leaders (especially at the local level – yes the President needs your prayers, but your city councilman and state legislators shouldn’t be forgotten either!). Ask God to show you how you can be used by Him to intercede. You may not be the one going thru the difficulties, or serving on a foreign mission field, or pastoring a church. But you can stand and watch in prayer, keeping the watch of the LORD!

December 7: Believing you will receive?

December 6: Where do answers to prayer come from? 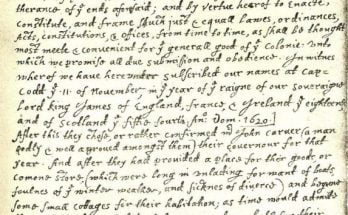 December 5: Turning the hearts of the fathers to the children

He that loveth silver shall not be satisfied with silver; nor he that loveth abundance with increase: this is also vanity.
Ecclesiastes 5:10