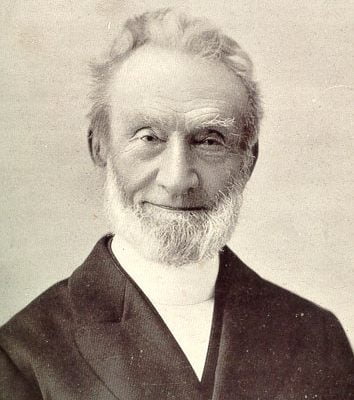 So far as I remember, I brought even the most minute circumstances concerning the Orphan-House before the Lord in my petitions, being conscious of my own weakness and ignorance.

There was, however, one point I never had prayed about, namely that the Lord would send children; for I naturally took it for granted that there would be plenty of applications.

The nearer, however, the day came which had been appointed for receiving applications, the more I had a secret consciousness, that the Lord might disappoint my natural expectations, and show me that I could not prosper in one single thing without Him.

The appointed time came, and not even one application was made. I had before this been repeatedly tried, whether I might not, after all, against the Lord’s mind, have engaged in the work.

This circumstance now led me to lie low before my God in prayer the whole of the evening, February 3, and to examine my heart once more as to all the motives concerning it; and being able, as formerly, to say, that His glory was my chief aim, i. e., that it might be seen that it is not a vain thing to trust in the living God,—and that my second aim was the spiritual welfare of the orphan-children,—and the third their bodily welfare; and still continuing in prayer, I was at last brought to this state, that I could say from my heart, that I should rejoice in God being glorified in this matter, though it were by bringing the whole to nothing.

But as still, after all, it seemed to me more tending to the glory of God, to establish and prosper the Orphan-House, I could then ask Him heartily, to send applications. I enjoyed now a peaceful state of heart concerning the subject, and was also more assured than ever that God would establish it.

The very next day, February 4, the first application was made, and since then 42 more have been made.”

He loveth righteousness and judgment: the earth is full of the goodness of the LORD.
Psalm 33:5