Matthew 6:26 says “Behold the fowls of the air: for they sow not, neither do they reap, nor gather into barns; yet your heavenly Father feedeth them. Are ye not much better than they?” But how often do we rely on that promise? Daniel Whittle shares a story from a son who saw God work in his family growing up.

“My father, a minister of the gospel, was prostrated by sickness. A large family of little ones was dependent upon him for support. Funds ran low. One evening my mother remarked that she had broken the last dollar. My father lay awake most of the night, praying to his God for help in this emergency. That same night a man in a parish not many miles distant was much impressed by a dream. He dreamed that a minister who preached in his church not long before, was sick and in want. He knew neither his name nor his place of residence. He arose at the first dawn of day, and going to his own pastor inquired the name and address of the stranger who had recently preached for them. These obtained, he mounted his horse, and knocked at our door just as my mother drew up the window-shades. She answered the knock, when, without a word, a stranger placed an envelope in her hand and immediately rode away. The envelope contained a ten-dollar bill, which we all believed was the Lord’s answer to our father’s prayer. Afterwards these facts were disclosed by the pastor to him whom the Lord chose to disperse his bounty.” 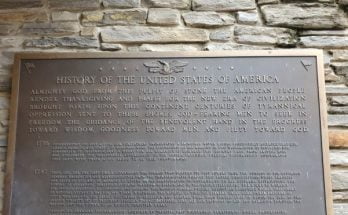 July 7: Lend to the poor and the Lord will repay!

July 6: Give and it shall be given you!

But unto you that fear my name shall the Sun of righteousness arise with healing in his wings; and ye shall go forth, and grow up as calves of the stall.
Malachi 4:2