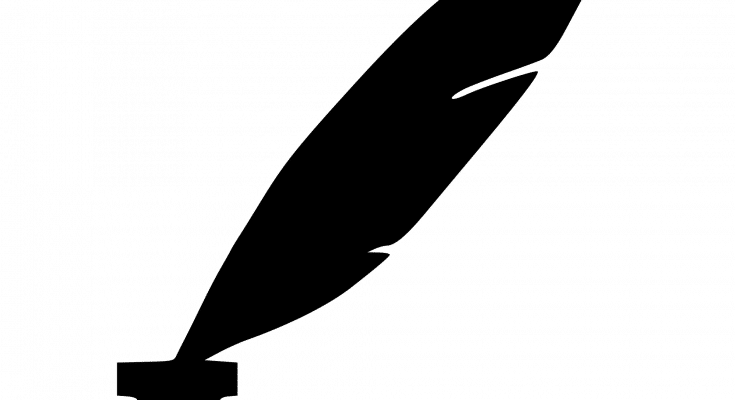 Got Any Rivers is known as ​”The song with a miraculous story,” and was written by Oscar C. Eliason. Oscar is the father of Vic Eliason, the founder of VCY America. Enjoy learning how God used Oscar to bless others!

The words of the chorus of this song, although slightly different, originally was a slogan, used by the Construction Company which dug the Panama Canal. The word “God” was not there, but the word “we” was in its place.

During the summer of 1929, after graduating from the Northwestern Bible and Missionary Training School in Minneapolis, I went through some severe testings. My brother passed away, and I, also, became seriously ill and was not expecting to live. During the time that I was attending Northwestern, I had learned to know a Presbyterian minister,- C.K. Ingersol who had great faith in God, especially in praying for the sick. Although the pastor of the First Baptist Church, Dr. W.B. Riley, felt that he, himself, was not gifted along the line of praying for the sick, he knew that prayer for the sick, also, was the duty of the church, and has been neglected down through these last centuries. Therefore, he had asked brother Ingersol to conduct these services every Sunday afternoon in room 118, – one of the Sunday School rooms at the church, and many were the answers to prayer in that room. I had also been reading a paper about answered prayers in many places, and on my sickbed I felt led to send word to brother Ingersol to come and pray for me. The result was that I was healed of tuberculosis. At the time of this writing, this healing took place over 35 years ago, and God gets the glory for what He accomplished.

After the healing took place, I felt led to make a slight change in the slogan and write music for it, making it into a gospel chorus. This I did, and it seemed that it was God’s plan. I introduced it in North Minneapolis. and in a short while, the chorus was sung all over the English speaking world. So far, it had no verses, but here is how I felt inspired to add them later.

During the second World War, a student of the Bob Jones College, Dick Knautz, was called into air service for his country. One Sunday afternoon, while flying his plane over the Stockton, California air field, waiting for his signal to come in, he sang this chorus, not realizing his mike switch was on. He was broadcasting to the control tower, through all of its loud speakers to 5000 cadets below. The control tower cut in: “Listen, Dick, if you want to start a revival, you come down to earth.” God had mightily used the chorus, and when he landed the plane, five young men sought him out and wanted to accept Christ as their Savior. He led them all to Christ. You wonder why this happened, but the answer is simple. This Sunday p.m. Dick’s mother up in Oregon was praying that God would use her son in some way, this very day, and God answered a mother’s prayer. Dick was killed in the service for his country, but the story was first told by a friend of his at a Gideon convention in Modesto, California, and printed in the Gideon magazine. After that, it was reprinted in quite a number of religious papers, and about that time, I received orders from practically every state in the union for the chorus, and some asked for the “whole song;” They were thinking it had verses, This was what finally inspired me to add its verses, which were dedicated to the mother of Dick Knautz. I was asked to tell the story, and Mrs. Eliason was asked to sing the song at Phil Kerr’s Monday musical, in the spring of 1955 in the Civic Auditorium in Pasadena, California, after which we were asked to tell the story and sing the song in seven different denominational churches, and people from three or four of these denominations told of how God had used the song miraculously in their life in the past.

Again, we were requested to tell the story and sing the song in one of the large churches in Des Moines, Iowa. After the story was told and the song was sung, the evangelist told of how God had once used it in his life. One winter, he was scheduled to conduct revival services in Seattle, Washington beginning on a Sunday night. He, together with his family, was on the other side of the mountains, and roads over the mountains were all closed, due to an awful snow storm which had come. The reports he received were that the roads were impassible, and that he would have to wait till they could be opened. He was scheduled to hold his first meeting on Sunday night; what could he do? He said he headed straight for the mountains, and by faith he and his family sang GOT ANY RIVERS?. God honored it all and He sent a Chinook wind and melted the snow, so they got to their destination without any trouble. To God be all the glory for what He can accomplish. God truly works in a mysterious way, His wonders to perform.

Got any rivers you think are uncrossable?

Got any mountains you can’t tunnel through?

He does the things no one else can do!

Listen to the song performed at an area church

Postscript – Someone found the original “jingle” from “The Panama Gang“ 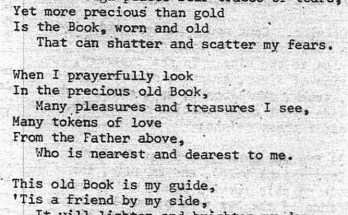 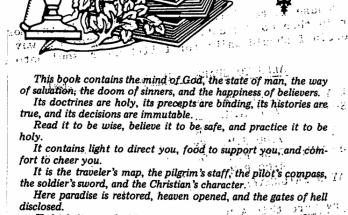 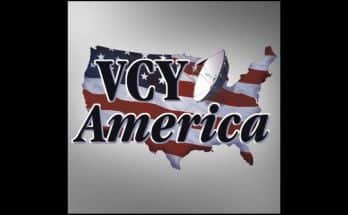